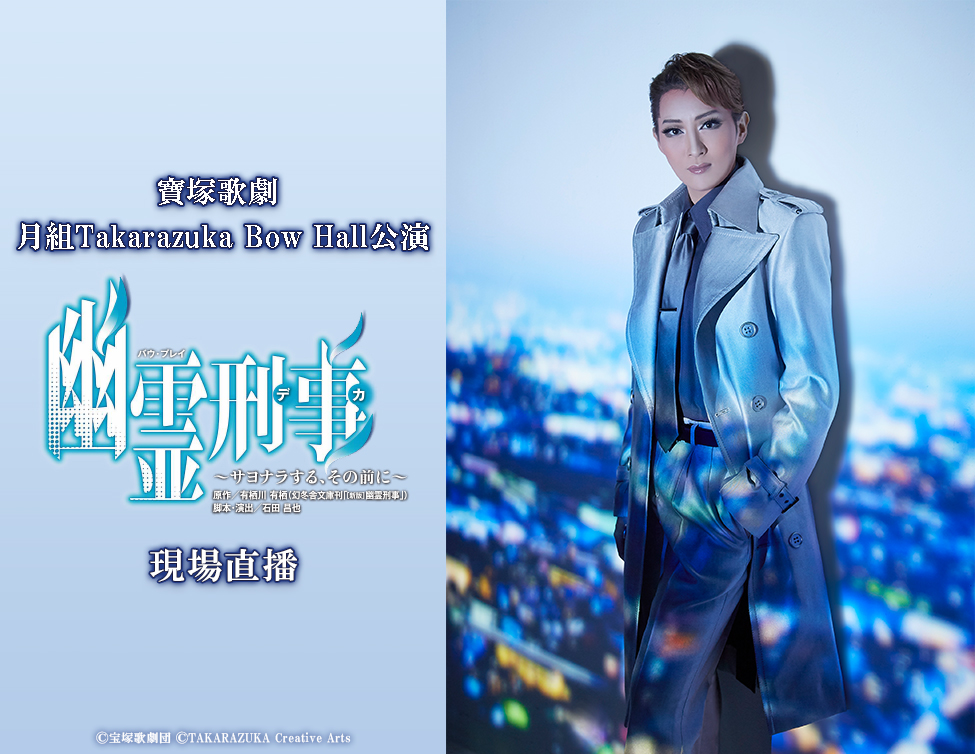 ※注意事項 Attention
• 由於版權原因，某些部分可能會省略。
Due to copyright reasons, some parts may be omitted.
• 活動現場嚴禁攝影，拍照，錄音。如經查獲，將刪除拍攝內容並請您離場，謝謝您的合作。
It is strictly prohibited to photograph or take any audio/visual records whatsoever in the theaters.If someone does such a prohibited act, we will delete the data and make him/her leave the theater. Thank you for your cooperation.
• 因本活動為現場直播，音質和畫質會因網絡状況等因素，而受到一定程度的干擾，敬請見諒。
Please note that video and audio may be affected due to the line conditions.
• 當演出時間大幅超過預期，直播會有可能在中途結束，敬請見諒。
Please note that the screening might be terminated even before the show ends if the show continues much later than the scheduled end time.

About the Live Broadcast
Based on a request from the Government Task Force following the spread of the new coronavirus infection, we may consider and discuss the holding of the Live Broadcast depending on the situation. Thank you for your understanding.

A masterpiece “Yurei Deka” by Alice Arisugawa, a fusion of love and mystery. This heartwarming musical will be performed in Takarazuka Bow Hall that Ryo Tamaki has fond memories of this theater.

Written and directed by Masaya Ishida. Tatsuya Kanzaki, a detective, was suddenly shot dead by boss without a reason and became a ghost who played by Ryo Tamaki, cooperate with his old police academy school mate, Atsushi Hayakawa who can communicate with ghost to team up the “strongest combination?” of the ghost detective and the spirit medium detective to launch an investigation.

Please look forward to a heart-warming story with laughter and tears while being a mystery.

Tatsuya Kanzaki, a detective at the Tomoe police station, was suddenly shot dead by his boss on the beach at night … but he was about to get married and had no idea why he was killed. He could not make Buddhahood and became a ghost, and suffer from emptiness because neither his mother nor his fiance Sumako Mori can see himself, but only Aomori-born, his old police academy school mate, a detective, Atsushi Hayakawa, who draws the blood of Itako, can saw and heard Kanzaki. Kanzaki tells Hayakawa, who can only communicate, the outline of the case, and team up the “strongest combination?” of the ghost detective and the spirit medium detective to launch an investigation. However, the resolution of the case also meant that Kanzaki said goodbye to the world and ascended to heaven. “For a loved one, disappearing is also love.”